Keeping up to date with the cruise industry can be challenging.

Why not keep yourself in the loop right here and discover What's New in cruise ships, cruise lines, cruise specials, cruise travel information and much, much more.

If you would like to read more including special offers, why not sign up for our free newsletter?

World-renowned cruise ship, Carnival Spirit, will have a new full-time home, when it arrives on Australian shores this October. The ship’s journey will be the first time that Carnival Cruises will venture into Australian waters, with the Port of Sydney set to become the permanent home for the Carnival Spirit.

Deck Chair Cruises is proud to welcome the Carnival Spirit, with sailings to New Zealand and the Pacific Islands schedules from October 2012.

Brisbane has welcomed the largest ship ever to visit Queensland, with the Cunard's magnificent 151,400 Tonne Queen Mary.

The Queen Mary 2 is the worlds largest ocean liner.

Truely a remarkable ship, elegant, luxurios and just standing on her deck makes one feel part of something very special.

Brisbane has become the second largest cruise port in Australia, and visitors to Brisbane has grown by 500%.  To read more on cruises departing from Brisbane go to our Cruise Brisbane page. 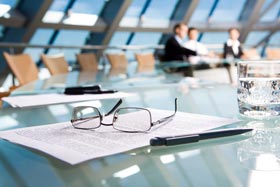 Carnival Australia represents P&O Cruises Australia, Princess Cruises, Cunard Line, P&O Cruises world wide, as well as Carnival Spirit's Australian Deployment. With more than 30 ships on offer, people are seeing cruising as a great environment for meetings as it allows organisers and delegates to blend productive meetings with an inspiring and relaxing holiday.

What's more, the all-inclusive nature of a cruise also means it is very price competitive compared to events on land, with one cruise fare including accommodation, food and entertainment.

Think about a cruise for your next meeting or conference. 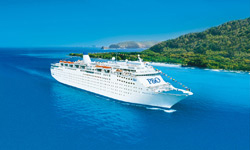 Carnival Australia announced the sale of Pacific Sun after more than seven years with P&O Cruises, and half a million cruise passengers.

Since 2007, Carnival Australia's fleet has grown from just two ships to six superliners, soon to be seven! 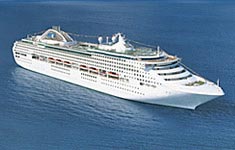 Queensland's capital city of Brisbane is now home to not one, but TWO Australian cruise ships.

The Sun Princess has become the first international cruise ship to be based in Brisbane, and will depart from here on 10 round-trip cruises to New Zealand, Asia and the South Pacific over the next 5 months (until March, 2011).

She will join Brisbane-based P&O cruise ship, Pacific Dawn, and is expected to carry an estimated 20,000 holiday makers over the coming months. 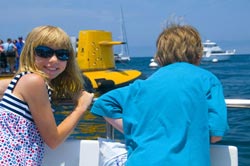 P&O Cruises Australia is excited to announce it will be welcoming its 3 millionth passenger onboard during the month of September!

To celebrate, P&O Cruises are giving away up to $3 million worth of onboard cashback to passengers who book between September 19, 2011 and November 12, 2011.

Other great deals include "Double past passenger discount" and "Double cabin category upgrade". You could make savings up to $200 per person.

So what are you waiting for? Book your P&O Cruise with DC Cruising Today!

Want to know more? Sign up for our Free Newsletter today.