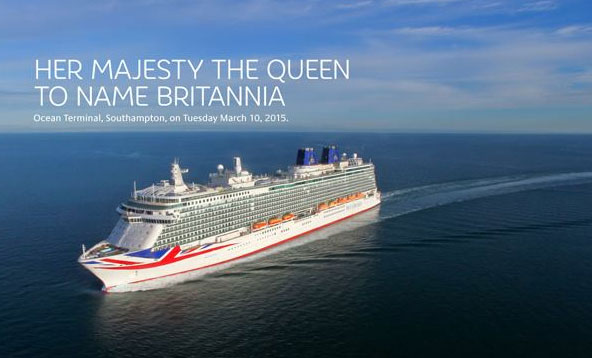 Weighing in at over 141,000 tons with the ability to carry 3,647 passengers, Britannia is by far the largest ship in P&O’s fleet. Almost 20 years after naming P&O’s Oriana, Her Majesty The Queen accompanied by His Royal Highness The Duke of Edinburgh, will officially name the vessel in Southampton on Tuesday 10 March.

British design company Richmond International haven’t just added more legroom to an already popular P&O design. They have incorporated design elements and features from P&O’s 177 year history, while creating a new experience with modern touches. Incorporating popular classics such as The Glass House, Atul Kochhar’s Sindhu restaurant and the Crows Nest Bar, the Britannia will see many new features including:

The Cookery Club
The first ever onboard cookery school, will enlist help from big name celebrity chefs such as James Martin, Marco Pierre White, Charlie Turnbull and Atul Kochar just to name a few.

TV Studio
This state of the art venue will be the place to go for anything and everything from talks, guest speakers, cookery demos, films, game shows and music recitals.

Starburst Atrium
The centre piece of Britannia is the 25ft Starburst sculpture hanging from the roof in the three-storey Deck 6 atrium. 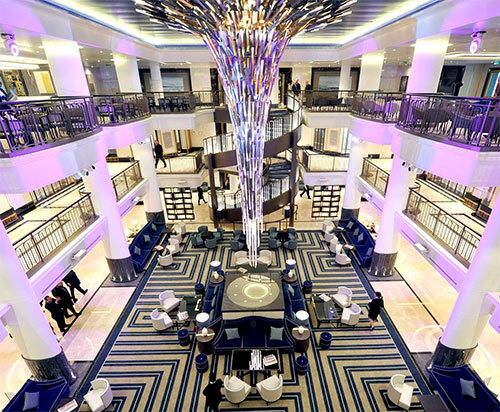 Limelight Club
A traditional supper club, an adults only venue that combines great modern European cuisine with dazzling entertainment. After the entertainment is finished, Limelight turns into a late-night dance venue. 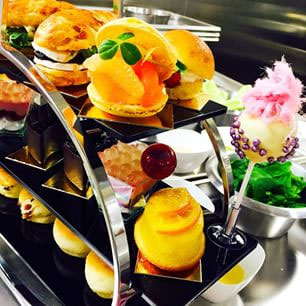 Be one of the first to get onboard and see for yourself!

Britannia’s maiden voyage will take place 14-28 March 2-15, after which the summer season will begin. Britannia will sail to the Mediterranean, Norwegian Fjords, Baltic, Canary Islands and Atlantic Islands. In Winter, the ship will sail 14 night Caribbean itineraries.

Britannia will have a total of 1,837 cabins on board. 27 Single cabins (Inside and Balcony), in addition to conventional Inside and Balcony as well as 64 Suites. All outside staterooms will have balconies for the first time on a P&O ship.